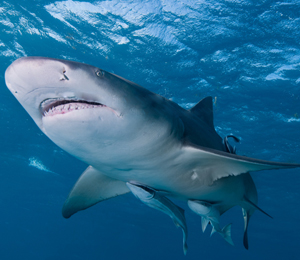 Think of lemons and you probably think lemonade. Tart and sweet.

Lemon sharks are anything but sweet. These sharks – which get their name because of their yellow color – have been known to attack humans (although it’s believed they’ve done so more out of fear than because of aggression). All of the known attacks by lemon sharks did not result in the deaths of the human victims.

Lemon sharks have very poor eyesight and rely on a magnetic sensor located in their snout that lets them attract prey (and mates). They wouldn’t survive without this heightened sense of smell.