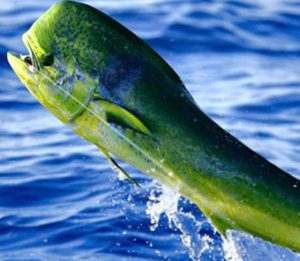 It was a little windy off the reef this morning so we did a little drifting while angling for Yellowtail Snapper. While we did not catch the same amount of Yellowtails as we have been in the last few weeks, we were hooking larger examples of the species weighing around five pounds. We were chumming and using cut Bonita for bait. We were also pulling in plenty of Porgies. The surprise of the trip was a massive Nurse Shark, tipping the scales at over one hundred and fifty pounds.

After lunch, we headed out with another group to fish for Tarpon in Key West Harbor. These large game fish often come in with the tide and lurk in the deeper channels. On Saturday, we were catching some good-sized Tarpon near Boca Chica.

Every afternoon, around three o'clock, we've been taking full advantage of the Mutton Snapper spawn at the reef south of Key West. Mutton Snapper and Yellowtail Snapper are delicious to eat.